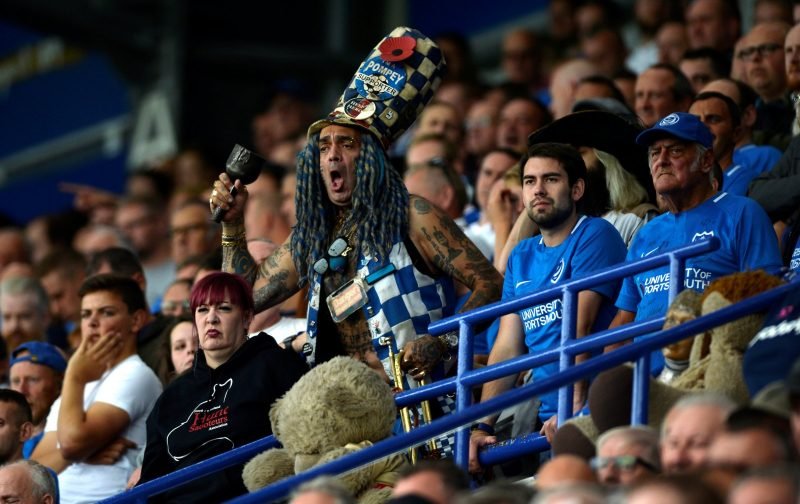 How can we not be happy? Mid-September and Pompey are still unbeaten in League One and second only to this afternoons host, Peterborough. You can’t tell me you wouldn’t have taken this at the start of the season, right?

I would suspect today’s game is going to be our toughest so far though? Give Peterborough an inch and I’ve little doubt they’ll take a mile. Therefore, we’ve got to defend very well, individually and collectively, silly mistakes will be punished, most likely punished severely.

Andre Green didn’t have the most effective afternoon in the draw with Shrewsbury last week; the Aston Villa loanee was hauled off at half time. However, it turns out the forward does have a knee problem, which I would assume played a part at Fratton Park? This will keep him out. Then again I can’t see that Ronan Curtis wouldn’t have returned anyway, he was away on international duty with the Republic of Ireland a week ago.

Kenny Jackett doesn’t really have any fresh concerns, far as we can see? Well, aside from Green and the fact Dion Donohue will again sit out, but he’s not featured this season anyway. Anton Walkes and Jack Whatmough should return next week too, so it seems it’ll be a case of Curtis for Green, which will perhaps be the only change?

Does it go without saying a point at London Road – not that I think they call it that these days? – would be a good one, all three points and we’ll take over at the top and, without getting carried away too soon, really stamp an early season mark of authority on League One – yet, it’s a marathon and not a sprint…

Optimism, as opposed to pessimism, is something I prefer, however, I also like to deal in realism. As the home side, also league leaders, Peterborough would be fancied to collect the points, but backed by a massive Pompey following if we’re on it and take the chances we create – which we will, well, create anyway – without allowing too many to Posh then three points is most definitely possible.

The home club have informed us they will sell tickets up until midday tomorrow ⬇️https://t.co/hM0y1Hc6h4

Give me a point now and I’ll bite your arm off, which I think may well prove to be the outcome this afternoon. But I’m going to do my usual and follow my heart and not my head when it comes to the predictions league I make and I’m saying it’ll be an away win.