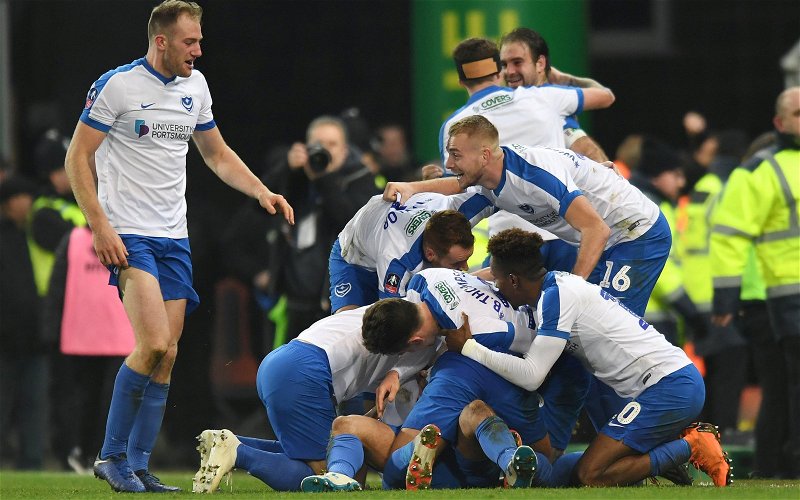 Pompey kept their good run going with a 2-0 win at Shrewsbury where in the past they have come unstuck. The three points move the Blues above Sunderland who had the weekend off due to international call ups.

Jackett replaced the injured Viv Solomon-Otabor with Gareth Evans with Jamal Lowe switching to the left.

Pompey did not start well and appeared to have their minds on other things certainly for the opening thirty minutes. This allowed the hosts to have most of the game Craig MacGillivray back at the club where he started his league career had to be at his best to push a Whalley effort onto the post.

Eventually, Pompey woke up with Arnold denying Evans and Ben Close shooting wide after being set up Omar Bogle. Then just before the break Lee Brown had his shot saved by Arnold and Close swept home the loose ball.

After the break, Bogle picked up a booking for a fierce challenge on Golbourne and Jackett decided to withdraw him for Oli Hawkins before the Cardiff loanee saw red.

It was Hawkins, keen to impress his manager, who was at the heart of most things Pompey did in the second half. Firstly he had an effort deflected on to the post and then Arnold got down brilliantly to his left to prevent a second.

Pompey did get their second quite fortuitously when the keeper outside his box slammed a clearance against a defender. That put Hawkins clear and he cleverly squared for Brett Pitman to seal the points.

On the down side, Pompey picked up five bookings which may mean suspensions in the crucial run-in games.