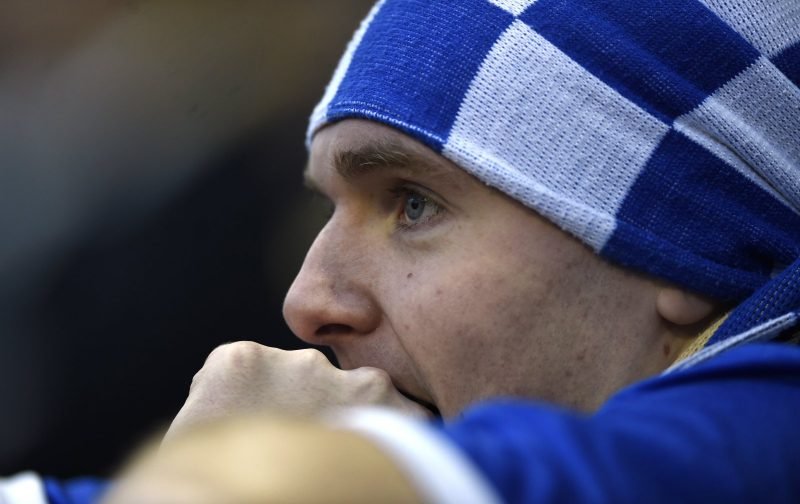 Well, that was an anti-climax wasn’t it? At least it was for me.

As we know, earlier this week Pompey’s involvement in the League Cup came to an abrupt end at the first hurdle. AFC Wimbledon came back from a goal down to record a 2-1 win at Fratton Park.

???? A late Anton Walkes own-goal sees #Pompey crash out of the @Carabao_Cup to AFC Wimbledon ⬇️https://t.co/RNZtP94Z5K

When Christian Burgess put the Blues a goal up it looked good for the 100% record – league and cup – to continue. However, it wasn’t to be and the Dons came back to win it late on, against a Pompey side that wasn’t at our best.

The players looked like they couldn’t be bothered tonight. Never seen Evans so poor, but most of them were to be fair.

Lack of creativity at home again ????

Yes, I know League One is the priority but I’m always disappointed to lose a game, especially a cup one when I love a run. However, most were happy enough with this exit as didn’t want added cup-ties anyway!

Good work Anton. Last thing you want is to have to play more games in this competition than necessary. Same with the paint trophy or whatever it’s called these days

Luckily literally no one cares about the @Carabao_Cup lol

The only run I want now is fa cup,no checkatrade.#BTeamBoycot

Hey ho, so long as we recover positively in the upcoming games and collect a good points return it’ll more than make up for a mediocre exit from a competition that would have paired us with West Ham in the second round.

Most agree, well, with the concentration on the league aspect anyway.

Defeat tonight and three points on Saturday? I’ll settle for that #pup #pompey

Good result. We don’t need any injuries. Time to concentrate on the league

Meh. Concentrate on the league and all that.

Finally, I wanted to say sorry for my lack of input in recent weeks.

My workload has increased as I’ve grown into my role over the past year and the free time I had was preparing for the Bubba, who has now arrived! My wife gave birth to a gorgeous little girl three weeks ago.

Things are settling down now though, so I’ll hope to get a little more put out again going forward – do bare with me though. Also, the Predictions League WILL be running, but I’ll wait until September to get this underway.