If You’re Asked To Do Your Job, You Do It 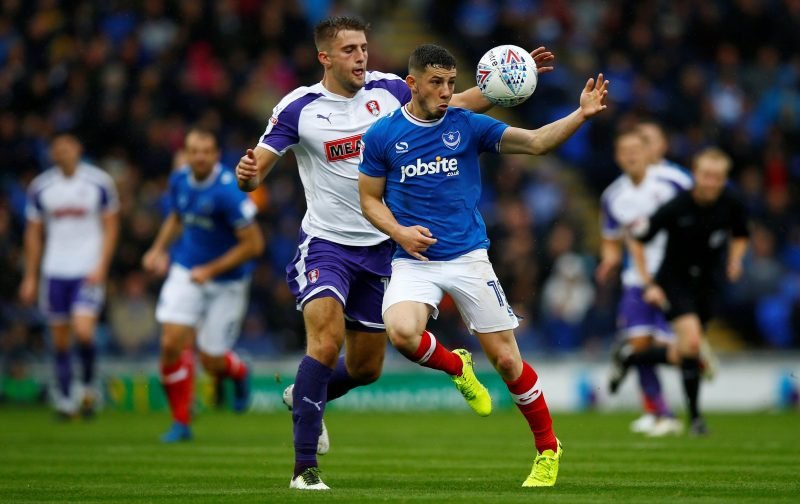 So, after the weeks – or is it months even?! – of speculation surrounding Conor Chaplin, we’re seemingly at the end game.

Having been linked with a move away from Fratton Park for much of the summer, Chaplin had found himself in the Pompey matchday squads, which perhaps suggested he wasn’t going to leave after all? Well, certainly as he didn’t leave ahead of the transfer deadline.

However, Saturday’s omission from the squad that travelled to Doncaster was the strongest indication thus far he would, in fact, be off?

Kenny Jackett has since confirmed Chaplin wished to be left out of that squad as he wasn’t in the right frame of mind.

Some feel, whatever is going on, Chaplin should have sucked it up and got on with it.

from the outside looking in, he has probably thought he was leaving for weeks, whilst I still think he should lace up his boots for his employer, I do have a modicum of sympathy..

I hope we aren’t paying Conor Chaplin this week. Imagine telling your boss you didn’t fancy working for a week at work but expecting to get paid anyway. If you’re asked to do your job, you do it! Simples! #Pompey

I have sympathy with Conor Chaplin but I’m not sure whether putting all his eggs in one basket was the brightest thing for him to do. It’s a long haul through to the January transfer window if he doesn’t move on this week.

Personally, I feel Chaplin should have made himself available for selection. Admittedly, I do feel for him as all he wants to do is play football, which doesn’t seem too likely with Pompey now. If you are in a job though, you do it, so I think a footballer shouldn’t be any different. Then again this is the modern age of football for you, right? Also, to be fair, if we were adamant he was going, even if Chaplin didn’t want it, would we have selected him with interested parties in mind?!

All this said Jackett did stress he will ONLY sanction a move if a replacement comes in and is best all-around for Pompey. Certainly, a view others agree with, as do I.

I’m pretty sure they are trying to help him move. But if we did let him go because he’s head isn’t in the right place and we didn’t have a replacement then Jackett would get slaughtered.

Yes, as I’ve said several times, Chaplin’s a footballer I’ve always had very high hopes for and felt would have a great future in the game, but the past few years haven’t seen him move beyond the positive start he showed on the south coast. In fact, would it be unfair to say he’s regressed as a footballer? Therefore leaving Fratton probably is best for all concerned.

He needs to go and play regular football. sign of Pompey’s progress recently is that he is a long way behind the likes of Pitman, Hawkins, Lowe, Curtis, Wheeler etc. He should go to Lg2 and will score there.

Regardless, no footballer is also bigger than this club, a view shared on social media by some too.

The club is bigger than Chaplin. We may need him if we can’t get anyone in. Why would we weaken our squad because a professional footballer is not in the right frame of mind to do the job he’s paid to do?

Agree no individual is bigger than the club. This lads dream would’ve been to play regularly for us but it ain’t happened for whatever reason. My opinion is the club should show decency and try their best to help him with a move.