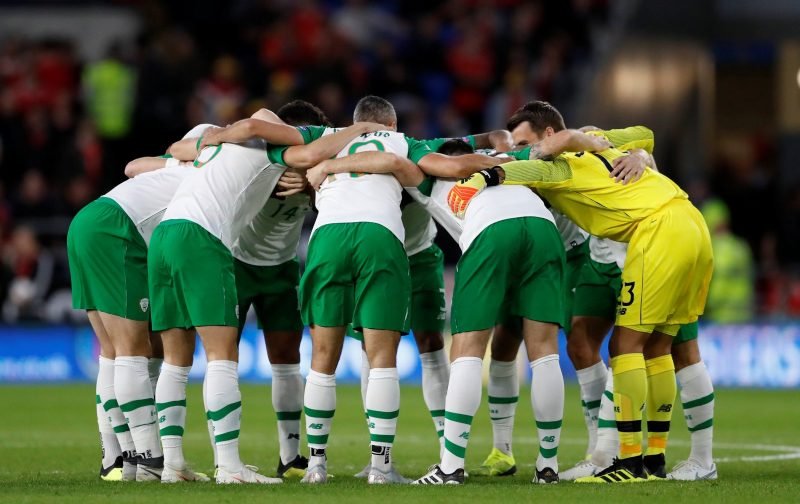 What a whirlwind few months it’s been for Ronan Curtis, eh?

Ok, I’ll not be arrogant enough to say he completed a “dream move” to Pompey, as, much as I love this club, that isn’t strictly the case is it? I suspect Curtis still has bigger fish he aims to fry, but with all due respect to Derry City this move to Fratton Park had to be seen as a step forward.

However, the way things are going with Curtis, 22, we could do well to keep hold of him ourselves when next summer arrives, if not January 2019? His form since coming to the south coast has been red hot – you can see why Kenny Jackett was so keen to sign him.

Five goals in six games saw Curtis eyeing a call-up to the Republic of Ireland squad. He was included at U21’s and scored against Kosovo on Friday.

That goal, you would think the performance too, also those he has put in whilst in a blue shirt for Pompey thus far, has seen him thrust into the senior squad by Martin O’Neill, who has called him into the squad for Tuesday’s friendly with Poland.

???????? Congratulations to @RonanCurtis1 on a thoroughly deserved call up to the Republic of Ireland senior squad ???? https://t.co/W9fax8xsBc

The forward has been praised for his inclusion on social media; one poster has branded Curtis the “signing of the summer”. Well, at League One level anyway. Another is hopeful the Irishman will warm the bench in Wroclaw, before coming on late and marking his bow with a goal.

Absolute ???? signing of the summer at our level.

Well deserved Ronan, but hopefully you’ll sit on the bench come on in 85th minute,score. Then final whistle.????????

It’s a pleasing call-up for all concerned but could well lead to Curtis – who, as it happens, would have missed the Irish U21s next game due to suspension after being booked on Friday – missing further Pompey games, which isn’t going to do us any favours at club level.

im both really happy for you and devastated as iv seen what pompey are like without you in the side. well done chap.

Yes, Curtis has been a real hit so far this season and made such an impact for the Blues.

Curtis’ brilliant month or so has continued and could see him win his maiden international cap, at senior level, which this twitter poster feels is warranted. They have also suggested there isn’t a player who has had as big an impact at Fratton so quickly?

Other clubs were looking at Curtis along with Pompey before we managed to snap him up. I think we can safely say a fair few more will be now following his start to the 2018-19 season, long may that form continue… At Fratton too.

Curtis is most definitely delighted at receiving a senior call.

Words can’t describe how am feeling right now about getting the call up for my country it’s a dream come true #ROI ????????????