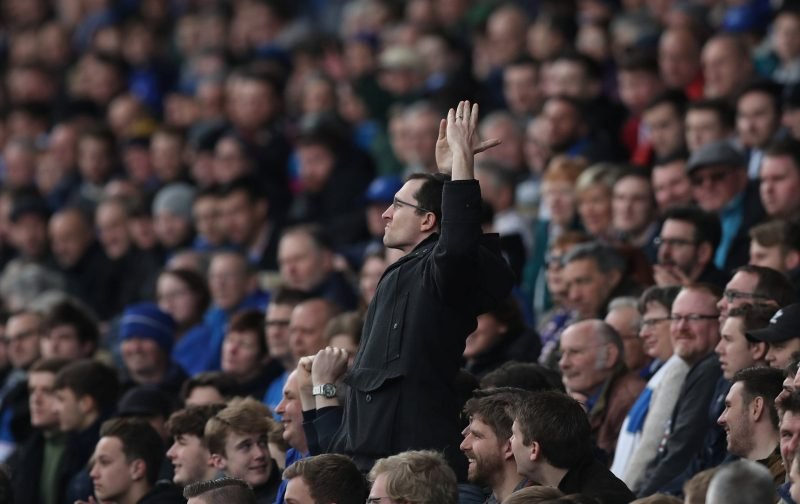 Kenny named an unchanged team with David Wheeler back on the bench after recovering from a hamstring injury.

The first period was a lively affair but only an appetiser for what was to follow the break. The game started with the crowd roaring on the two teams and they traded blows with Ronan Curtis causing problems down the left and Oli Hawkins always a threat in the air. Meanwhile, Nathan Thompson blocked a shot with his face and Whatmough had an effort deflected into the arms of Craig MacGillivray.

The second half started in explosive fashion with Curtis sending Hawkins clear into the box only to be upended by Glenn Loovens. The referee pointed to the spot and showed the Black Cat a red card – Sunderland’s fifth of the season. Up stepped skipper Gareth Evans to smash the penalty home. Pompey now had a man advantage but the visitors have plenty of experience of playing a man down and in fact, have not lost this season with ten men.

Five minutes later Hawkins linked again with Curtis and the Irishman ran on into the box and ignored Jamal Lowe free in the middle and slotted the ball past the keeper at the near post. Pompey fans were in heaven but the celebrations were soon cut short when Sunderland struck back with Luke O’Nien ghosting in unmarked to slot home a deep cross from Reece James.

Pompey immediately came close to restoring when Evans had an effort deflected narrowly wide. The resulting corner saw Hawkins header well saved by McLaughlin but the ball dropped for the ever-impressive Ben Thompson to smash home.

From there the Sunderland threat had been extinguished and Pompey went in search of more goals but Hawkins headed narrowly wide and sub Brett Pitman had a goal ruled out for offside.

Fans all week have been talking about the table-topping game with Oxford back in 1986 when Santa helped Alan Biley net two late goals. Yesterday’s game will also go down in Fratton Park folklore.

So, Pompey reach Christmas top of the table and with fifty-one points from 23 games. There will be plenty to celebrate over Turkey on Tuesday but the job is only half done and the second half starts Boxing Day with Pompey out for revenge at Gillingham.